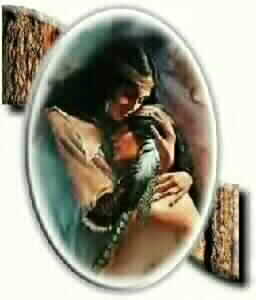 Back in September, I sent a message about mitochondrial DNA testing as a way to determine Native American ancestry along an individual's strictly maternal line (mother's mother's mother's etc. mother ), and a number of you have expressed interest in participating in this testing.   Ray and Betty have been kind enough to track the initial message along with your responses on their web site; you may refer to www.mitsawokett.com/DNA Testing.htm for the complete history.

Enough of you (more than 10) have volunteered so that we qualify for a group rate of $175 per test using Oxford Ancestors (www.oxfordancestors.com).  This is down from an individual test price of $220, but not quite as good as the $160 rate we could get if we had more than 20 volunteers.  Several of us have discussed off-line whether or not to wait for more volunteers, and decided that we should go ahead and send the application for the tests with the volunteers that we currently have.

What I need you to do, if you are interested in having the test done, is to send me (off-line if you prefer) the following information, which is needed to order the tests:

I will assemble the responses into one application, so that we qualify for the group rate quoted above, and send it to Oxford Ancestors.  Once Oxford Ancestors receives the application, they will send out the DNA sampling kits with full instructions to each volunteer.  You will return the test sample to Oxford Ancestors along with the required payment.  They hold the check until the test results have been mailed out to you, which is approx. 6 weeks after they receive your sample.  The results are confidential, so it will be your choice whether or not to share the findings with the group (although we hope that you do).

If you are interested in sharing the results, would you please let me know whether or not your maternal line can be traced to one of the Mitsawokett families, and if so, please specify the line, starting with yourself, then your mother, her mother, her mother, etc.  If any of you  shows up as belonging to a DNA group of Native American origin, it means that every woman along your  maternal line likewise belongs to the same group, which anyone else who can claim descent from one of these women might be interested to know.

The DNA test that Oxford Ancestors performs matches a segment of your DNA against a scientifically-recognised reference set, and it is the differences between your DNA segment and the reference set that determines your DNA type.  Each DNA type is associated with one of 36 prehistoric "clan" mothers.  Four of these "clan" mothers are identified with Native Americans, and a fifth, more rarely encountered, one is seen in small percentage of Native Americans and Europeans.  Oxford Ancestors sends you: a readout of the relevant part of your own DNA sequence; a full explanation of the scientific procedures that they use; an authorised certificate identifying your "clan" mother; a chart showing how your DNA type fits into the overall evolutionary framework; and information about the life and times of your maternal "clan" mother.  Refer to www.oxfordancestors.com/matriline.htm for further information or to see a sample of the certificate that they send.

I recently read a new book titled "The Seven Daughters of Eve," by Bryan Sykes, Professor of Human Genetics at the University of Oxford. Based on research using mitochondrial DNA (a type of DNA that is passed down only through the maternal line), Sykes puts forward evidence that about 95% of Europeans are descended from only 7 females who lived between 50,000 and 10,000 years ago (hence the title of the book).

What caught my attention was the larger world picture. The world population is now estimated to descend from only 36 women. Four or five of the women are claimed to the ancestors of today's Native Americans. This got me to thinking about our research group, and the problem that we have "proving" Native American ancestry. If there is a way to prove it, this type of genetic testing may be what we need.

We consider our Delaware families to be a mix of, at least, European and Native American. If I had to guess at the origins, I would say the most likely scenario is that European male colonists intermarried with Native American females. If so, then we might expect a Native American type of mitochondrial DNA to show up in someone in the group (male or female) who can trace his/her descent strictly along the maternal line (mother, maternal grandmother, maternal grandmother's mother, etc.) to one of these early Delaware families. Of course, if my guess is wrong, we could find instead that the maternal line is of a European type (remember Miss Rigua) or even an African type, but we'll never know until people step forward and have the test done.

The book references an organisation which will conduct this type of testing for a fee. Although I personally am not descended from our Delaware families (my ancestors were all European), I am interested in having the test done just to see which of "the seven daughters of Eve" I am descended from. My question to the group is, Is anyone else interested in having this test done, and sharing the results with the rest of the group? There is a cost for each test, from $220 for an individual test down to $160 for each test when 20 or more are ordered at the same time. The test, as I understand it, involves simply swabbing the inside of your cheek. I think they mail a test kit to you and you send it back, with no need to go to a lab. More information about this can be found at www.oxfordancestors.com.

We wish to find out if the story related by Weslager is correct, that Betty's great-great-grandmother, Catherine Morgan Dean, was the daughter of John Morgan and "a white woman."

Unfortunately, Catherine's daughter, Annie Dean Mosley, did not further enlighten us as to the white woman's name and we have been unable to elicit it from other sources.

Betty's maternal lineage is as follows:

A couple people have responded, but I wanted to also state that I would be interested. As some of you know, I have already participated in a DNA test myself (for my purported Hardcastle branch), but this was a Y-chromosome (paternal) test, not a Mitochondrial (maternal) test as Joseph describes.

My maternal line is not of any of our Delaware, etc. families, either, so the benefit would be out of the "Eve" curiosity, not to substantiate any Native ancestry. My mother's family was from Kentucky and Tennessee, and whereas there is a rumor of "Black Dutch" in her ancestry, it's seems this refers more to "Deutsche" (German) peoples from the Black Forest area than to any non-European ethnic backgrounds.

I agree with one of the other responses that I hope we can get the cost down as cheap as possible.

I would be interested in the testing if we could get it at the group rate.

My husband is willing to join in the DNA testing, David Miller, so add him to the list. Any other info you need or to contact us use our email at ilajean@chartermi.net. When I told his father about my new findings on his Enoch Miller son of Debrix and Sarah Consellor Miller he was just amazed!

... your understanding is correct.

I'm game for this testing. So if you need volunteers let me know.

We have one male and one female in our family who would like to have the DNA testing. Thanks.

Count me in and my mother Lishia Durham Heard (newhips@aol.com)

Is a Y-chromosome test planned, if so I would like to participate.

I am intersted in the DNA testing. Add me to the list

I am researching my Native American roots. My ancesters came from the Rockland Co. Ramapo area and Morris Co. NJ area. Count me in on the DNA testing.

My father and I would be interested in the DNA testing. We are from Kent County, Delaware.