The Hunt for Mary Gray Counsellor

In Ned Heites Biographical Directory he says, "Mary Conselor (1792- ) wife of Thomas of Bloomsbury, accompanied her son to Indiana, where she died."

Do you have any idea which son he is talking about? She had at least three, Thomas, Elijah and Philander, didn't she?

Mary Gray Counsellor came to Indiana, time unknown. When the info was written that Ned used to write that phrase it was assumed Mary came with sons Thomas and Elijah. We didn't find out till later about Philander. He seems to have arrived in Indiana about the same time.

We have looked high and low for Mary in I860 and 1870. She does not show up in any census and/or indexes I have checked. Chuck Martin also has spent a lot of time looking for her. I looked at every Gray family in the Indiana 1860 census. I checked every Mary in Henry county Indiana 1860 census. Chuck Martin checked every Mary in the 1860 Salem county census. I checked the 1870 Salem census in the Counsellor families. She died in 1871 in New Castle Indiana. We think one of two things may be the reason she can't be found in 1850 or 1870. She may have remarried or she may he living with another unknown child in some area we have no indexes for. (We also checked Ohio Counsellor families). Finding her may provide additional clues in our quest for her parentage/offspring. I guess she could have hidden when the census taker came, but why would she? 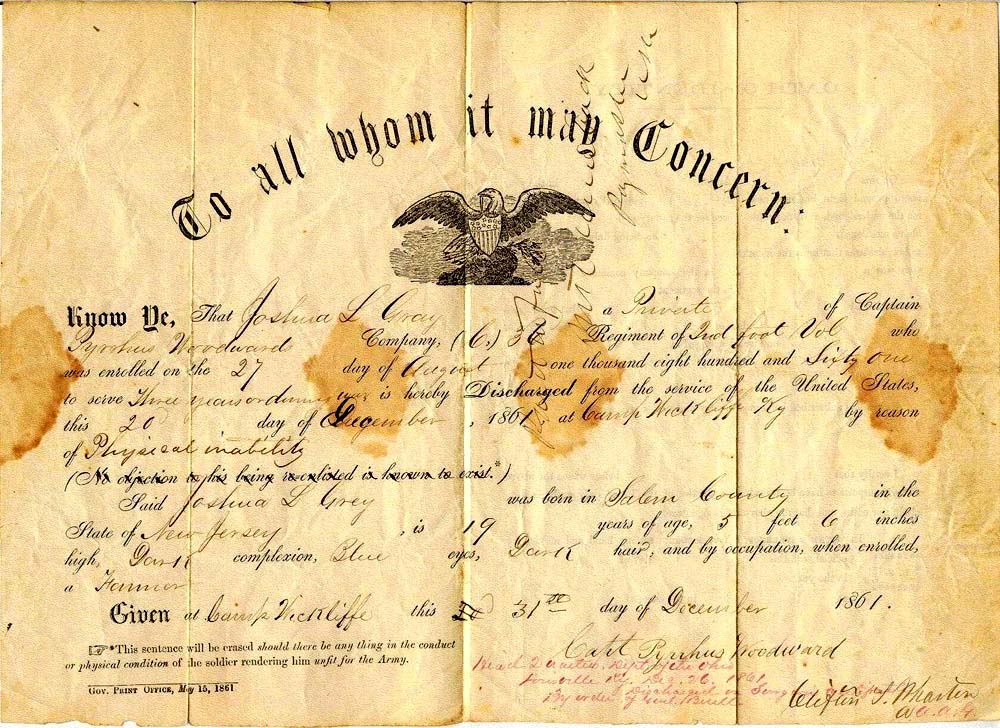